Getting Started With Docker

This Video tutorial explains the various aspects of the Docker Container service. Starting with the basics of Docker which focuses on the installation and configuration of Docker, it gradually moves on to advanced topics such as Networking and Registries. The last few chapters of this tutorial cover the development aspects of Docker and how you can get up and running on the development environments using Docker Containers.

This video tutorial is meant for those who are interested in learning Docker as a container service. This product has spread like wildfire across the industry and is really making an impact on the development of new generation applications. So anyone who is interested in learning all the aspects of Docker should go through this tutorial. 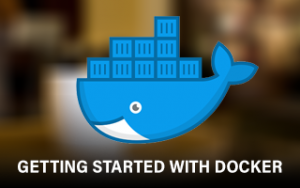 You Save
Gift Course

Use your certification to make a career change or to advance in your current career. Salaries are among the highest in the world.

We have 30 Million registgered users and counting who have advanced their careers with us.

Training for a Team

Affordable solution to train a team and make them project ready.